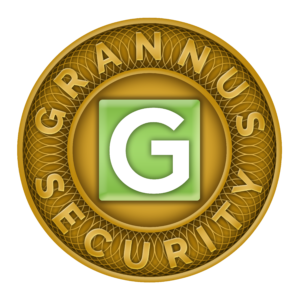 Ammonia is a vital global commodity and its usage as a fertilizer doubles world food production. However, traditional production processes account for 6% of global greenhouse gases. This is the problem Grannus set out to solve when it was founded in 2012: eliminate harmful emissions while maintaining cost competitiveness.

Now commercially available, Grannus Process™ plants maintain the production cost advantages of traditional plants while operating at near zero emissions. Another advantage of a Grannus Process plant is that they’re 100% modular in design – fabricated off-site and ‘lego’ assembled on-site. By building modular plants which leverage common designs, engineering and suppliers, Grannus can maintain parity with traditional plants on an installed CAPEX per ton basis and enable construction more quickly with less project risk.

The first two projects that will deploy its patented partial oxidation Grannus Process are scheduled for operation in late 2025 and will produce a combined 440K tons of blue ammonia per year. The Stockton, CA area facility will supply fertilizer to California growers and the Anchorage area facility will supply the Pacific basin in support of the emerging market for ammonia as fuel to power marine shipping.

In a traditional plant, 20% of the total natural gas used is burned for heat. This waste is responsible for the majority of emissions from these plants. At the heart of the Grannus Process is a partial oxidation system (POX) that produces synthesis gas without wasting this 20% to make heat. Because there is no waste, and 100% of the plant’s natural gas is used to make product, the plant has virtually no emissions. In fact, each plant produces less than two pounds per day of criteria air pollutants (namely SOX and NOX). This fact allowed the process units at a Grannus project in Central, CA to be exempted from requiring an air permit for operation. Blue ammonia certification will be achieved through long-term sequestration of CO2 in underground vaults at each project location.

Taking the project in Central, CA as a reference size, Grannus’ intermediate goal is to have 15 plants operational in the next 10 years producing a combined 3.2M tons/year of ammonia valued in excess of $2.6B per year (2022 dollars). Distribution will be split between the agricultural and marine fuel markets. Pillars supporting this strategy are many: low emissions levels which surpass the west coast’s stringent standards, abundance of comparatively well priced natural gas, and accessible sequestration fields necessary CO2 storage. At their core, these advantages are possible due to the Grannus Process™ with intellectual property protection in the US, Canada, Mexico, Brazil and Australia – all Pacific Rim maritime accessible geographies.

Ammonia is a global commodity with current annual production of 200M tons/year that has been growing steadily at 2% annually over decades. Roughly 80% of this volume is used in formulating fertilizer products the most common of which are direct application ammonia as well as Urea, UAN, and many others. A recent significant development is the initiative undertaken by the International Maritime Organization (a working group of the United Nations) to reduce maritime CO2 emissions by 50% by 2050. Experts see ammonia as an attractive replacement of heavy fuel oil which vessels now burn. The target for marine use of ammonia as fuel is to replace 30% of total marine fuel demand by 2050. Such demand, if realized, would require global ammonia production to roughly double over that period.

The core Grannus team is made up by Matthew Cox (CEO & Co-Founder), Kelly Merritt (Chief Technology Officer & Co-Founder) and Corey Smith (COO). The founding team has been together for a decade with each providing a unique skillset and perspective to the team. Core members of the team have completed over $10B in heavy industrial projects to date. Most recently Grannus added industry veteran Joe Borg as Senior Director of Process Engineering.

The asset-backed digital security offering is for 75% of Grannus’ profits. The security will have a 200 million securities. Profits from the company will be utilized for a combination of quarterly market rate security repurchase orders to guarantee liquidity for Grannus’ investors. If fully subscribed, the raise will be $32.5M with a minimum raise of $7.5M. Over five years, funds will be used as follows: $5M operating funds for Grannus, $5M each for project development of four 440 ton/year ammonia projects equivalents and $7.5M in contingency. Projects will have long term take-or-pay offtake agreements with an LSTK cost per plant targeted at $400M. Projects generate an unlevered 25% IRR over a 30-year project life. As each project reaches construction finance, development funds will be returned to Grannus to fund future additional projects.